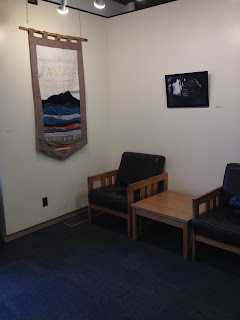 ‘Adrift’ emerged from an artist residency in Israel/Palestine and an invested interest in themes of homecoming, displacement and migration. The artwork was created over a period of five years, from a place of questioning while visiting and researching contested territories.

Passage and Exile were created for a group show responding to literary works by The Inklings. C.S. Lewis and his contemporaries wrote epic narratives with unlikely heroes; individuals who have uprooted themselves (or were forcefully expelled) to embark on a dangerous journey toward a promised land. In ‘The Weight of Glory’ Lewis speaks of the desire for a far-off country and the sense of longing that lives in every human being. The material for the banners are scraps of cast-off clothing found in the Downtown Eastside. The fabric is tattered and stained; evidence of the journey. These banners reference heraldic flags and pay homage to the ordinary heroes and weary Transients of our city.

Floathouse was built in Alert Bay, B.C.. It is about the journey many people (including myself) have made, from a small community to the city. A Good Place to Die speaks to the nuances of ‘home as shelter’ or ‘home as self-imposed prison.’ The shotgun shells were sourced from the mountains I grew up in. Diaspora and Soldier Boy were made with materials collected from Israel and Palestine. The ceramic fragments were found in the ruins of demolished homes in Hebron.

These artworks speak to the politics of wandering. From wall hangings made of cast-aside clothing found on the streets of East Vancouver to a home built with broken ceramics collected from the West Bank in Palestine, Adrift addresses the tenuous search for ‘home’ and ‘belonging’ in a shifting world. 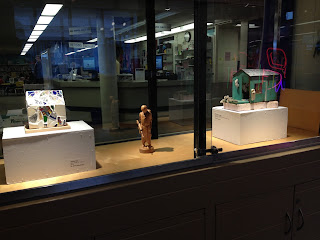 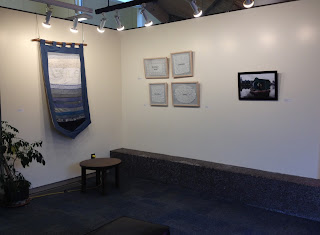 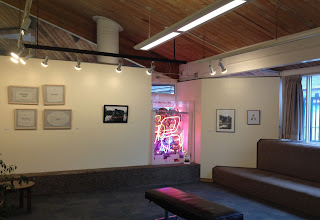 A few weeks ago someone smashed my studio window. I wasn't too cut up about it though, because it gave me a public canvas. One graffiti tag is an invitation for ALL graf writers. A clean wall is also a welcome invitation. I am priming the canvas so others will participate. It seems the City of Vancouver wanted in on the action because they gave me a blank board to start over with.

This is an ongoing project that will be documented until the window is fixed. It could be a while... 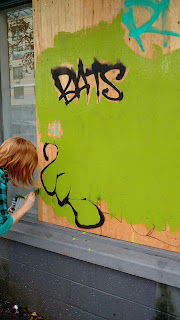 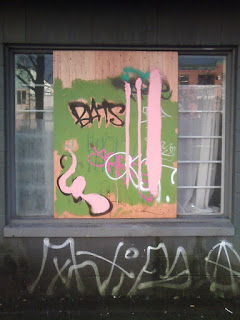 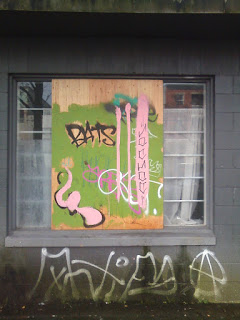 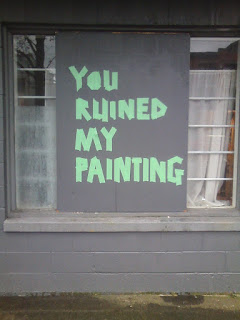 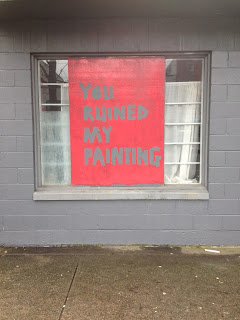